(from: "Liverpool's Scroll of Fame") 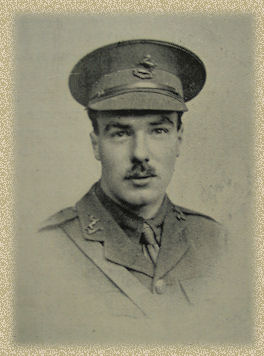 A career full of promise in the Architectural world was cut short by the death, in his twenty-second year, of Second-Lieut. William Henry Challiner, 9th King's (Liverpool Regiment), only son of Mr. & Mrs. W.H. Challiner, of Middle Reston, near Kendal, who died from his wounds received in action while leading his platoon in an attack on the German lines on August 12th, 1916.

After receiving his early education at two preparatory training colleges in Southport, Lieut. Challiner proceeded with high credentials from his tutors to the School of Architecture at Liverpool University, where he was making excellent progress.

When the great world conflict broke out, however, he soon decided that his country came before his profession, and joined up, receiving his commission in May, 1915, and proceeding to France in October of the same year.

Lieutenant Challiner's death caused deep sorrow amongst his brother officers in the battalion and to the men of his platoon. Writing to his father, Colonel Bradley, the commanding officer of the regiment, said "He was a very gallant officer, always exceedingly cool and collected in action, and at all times showed a very keen desire to excel in all he undertook... I had formed a high opinion of his capabilities, and I am sure he would have made a name for himself."

Major Lederer endorsed the Colonel's testimony remarking:- "We have lost a good officer and a good pal and shall miss him for many a day to come."

"Harry did his duty nobly and well,"

his Captain wrote, "and was a really brave fellow. I shall never forget what a help he was to me in the trenches before Guillemont, and how splendidly he led his men forward."

Writing to Mr. Challiner, Vice-Chancellor Dale said:- "May I express my genuine sympathy with you and Mrs Challiner in your sorrow. Words - especially the words of a stranger - have no comfort in them; but in the dark hours it is something to know that we are not forgotten and that others share our grief." 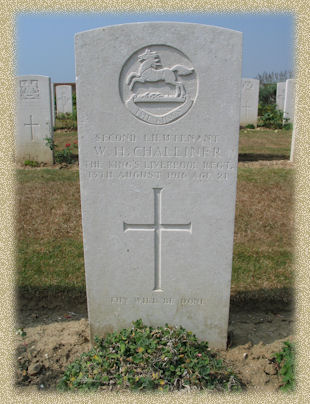